Most people know it’s not the wisest idea to borrow or withdraw money from your retirement fund before you retire. And yet 29% of Americans have taken out a 401(k) loan, according to a study from TIAA-CREF Financial Services, and of those who have borrowed from their 401(k), nearly half have taken out two or more loans.

In some cases, tapping your retirement fund early may be unavoidable. If an emergency pops up and your only options are borrowing from your 401(k) or taking out a payday loan that charges 300% interest, then a 401(k) loan will be less costly. 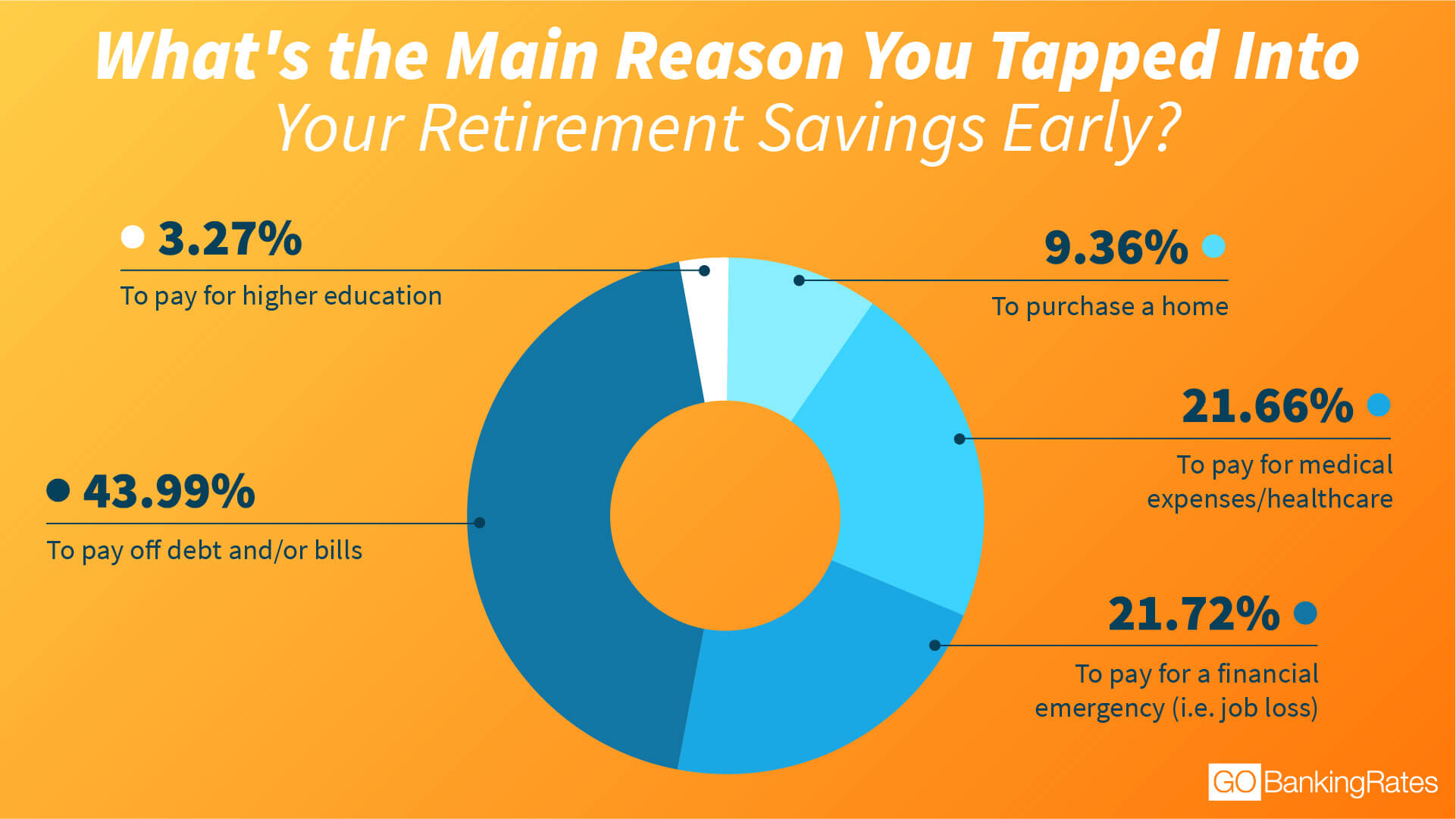 This isn’t necessarily a surprise, as the majority of American adults carry some form of debt. Nonetheless, borrowing or withdrawing from your retirement fund — even if you feel like you have no other choice — can still cost you tens of thousands of dollars in the long run, and it should only be considered a last resort.

To see just how much tapping your retirement fund can affect your long-term savings, let’s look at a hypothetical example. Let’s say you have $5,000 in credit card debt. You also have $40,000 in your 401(k), you’re contributing $200 per month to it, and you’re earning a 7% annual rate of return on the money you have invested.

Let’s say you borrow $5,000 from your 401(k) to pay off your debt completely. It takes you two years to pay that money back, and assuming you’re paying 4% interest on that loan, you’re repaying about $217 per month — ultimately paying back a total of $5,211 including interest, which all goes back into your 401(k). Because your repayments are going back into your 401(k), you’ll still see a return on your investments — much like you would with regular contributions. So over those two years, if you’re contributing $217 per month and earning a 7% annual rate of return, you’ll end up with around $45,664 in your retirement fund. Then, once the loan is paid off, you can go back to contributing $200 per month.

That doesn’t sound so bad, right? But it will take years for you to see the full impact of a 401(k) withdrawal. If you hadn’t taken the loan and instead kept contributing $200 every month for the next 30 years, earning a 7% annual return, here’s how your total savings would compare: 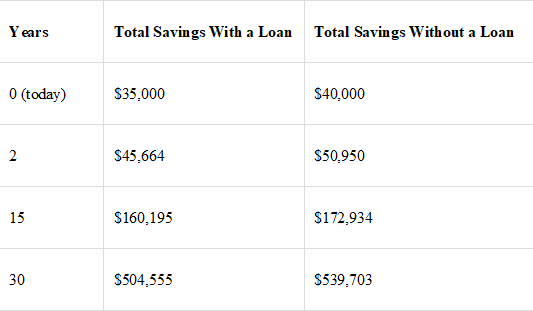 In other words, while you only borrowed $5,000, those two years you took to repay your loan could potentially cost you more than $35,000 over time. Also, if your employer offers matching contributions, you may stand to lose even more. Some employers won’t match 401(k) loan repayments as they would regular contributions, so you’re missing out on that “free” money while you’re paying back your loan.

Keep in mind, too, that this all assumes you pay back the loan. If you withdraw money from your 401(k) and don’t pay it back, it could cost you even more. Not only will you lose potential earnings by not letting your money grow untouched, but any money you withdraw before age 59 1/2 will be subject to both income tax and a 10% penalty.

So you know you shouldn’t tap your retirement fund to pay down debt unless it’s absolutely necessary. But that knowledge doesn’t make the bills disappear. What should you do, then, to pay your bills without hurting your chances at a secure retirement? Your best bet is to be strategic.

If you’re drowning in credit card debt, look into opening a balance-transfer credit card. Many of these cards include a 0% APR introductory period, so if you pay off your balance during that time, you could save hundreds (or thousands) of dollars.

For example, say you currently carry $3,000 in credit card debt at an 18% APR. If you’re making a minimum payment of $120 per month, you’ll end up paying a total of $4,673 — with over a third of that in interest alone. However, if you transfer that $3,000 and pay no interest during the introductory period, you could save $1,673 (assuming you pay off the balance in full before the 0% interest period ends).

It’s also important to prioritize your debt. A credit card charging 19% interest is far more costly than student loans with an interest rate of 7%. That’s not to say you shouldn’t pay off lower-interest debts, too, but if you don’t have much extra cash to spare, it’s definitely more worthwhile to put it toward your most expensive forms of debt.

Once you have a plan in place for paying down debt, write it down — you’re 42% more likely to reach your goals if you write them down, rather than just thinking about them, according to a study from the Dominican University of California. Make sure your goals are specific, measurable, and attainable, and be sure to include a time frame for when you want to achieve them.

For instance, if your goal is to pay off all your credit card debt within the next year, break that down into bite-size pieces to make it more attainable. How much will you need to pay beyond the minimum payment each month to make that happen? Where will you need to make cuts in your spending so you can afford those extra payments? Write down all this information and hold yourself accountable so you stay on track.

Paying off debt is never easy, and it’s tempting to pull money from your retirement fund thinking that a few thousand dollars can’t be that harmful. Over time, though, even small loans and withdrawals can amount to tens or even hundreds of thousands of dollars in missed opportunities. So if at all possible, it’s wiser to pay off your debt in other ways and save your retirement fund for your golden years.