In a recent study released by the nonprofit Transamerica Center for Retirement Studies, only 10% of those surveyed have ever taken the time to formally plan for their retirement needs, either through online calculators or working with a financial planner. And according to Catherine Collinson, president of the organization, most of those who believed they have saved enough for retirement base that on a guess.

The above helps to explain the other statistics quoted on the Center’s “A Portrait of Retirees’ Finances” below. With very few taking the step of retirement planning, only 16% feel strongly that they have built a large enough retirement nest egg. And over half end up relying on Social Security as their primary source of income. 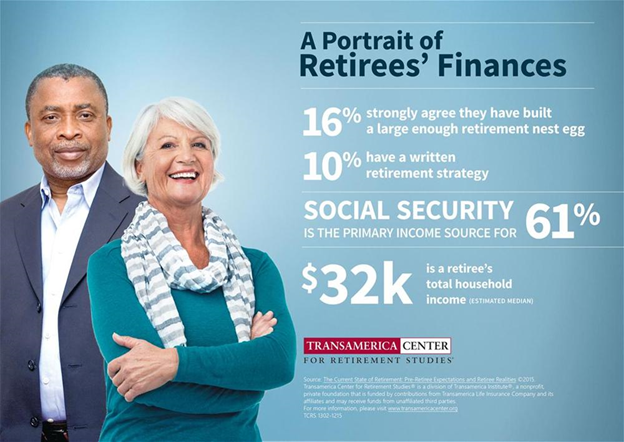 If you want a glimpse of what retirement without planning looks like, the study provides more warnings of the cost of delays:

Every day, it seems there’s more evidence that we need to stop putting off retirement planning for that elusive tomorrow and, well, begin. You don’t have to be an expert, or follow every market move. In fact, there are many first steps — but the very top priority that everyone, of any age, should make is to simply take a stab at estimating your future retirement.