There appears to be a disconnect between when younger generations of Americans believe it is ideal to retire and their savings. In a recent survey by Bankrate, the youngest working Americans (millennials and Gen-xers) think the early 60s is the right time. While older Americans in the Baby Boomer and Silent generations (perhaps aided by the benefit of hindsight and real life experience) place the ideal age a few years later (62 or 65).

Men and women also disagree about the right time to retire. The ideal retirement age for a man is 60. For a woman, it’s 62. Men might be more optimistic about their financial future because we still have a wage gap in our country. Women, on the other hand, may have to think about making sacrifices or eventually dropping out of the workforce to care for young children or an aging parent.

Differing ideal retirement ages is likely a case of reality setting in as you advance toward retirement age. That’s why you see those in the Silent Generation having the highest age estimate and the boomers being the next highest. Many in my generation say 60 or 61 today, but they may put a different number on that in another 20 years. The main reason being that disconnect I first mentioned – retiring at 61 is just not realistic given roughly two-thirds of millennials today have $0 in retirement savings and a median retirement account balance of $19,000. 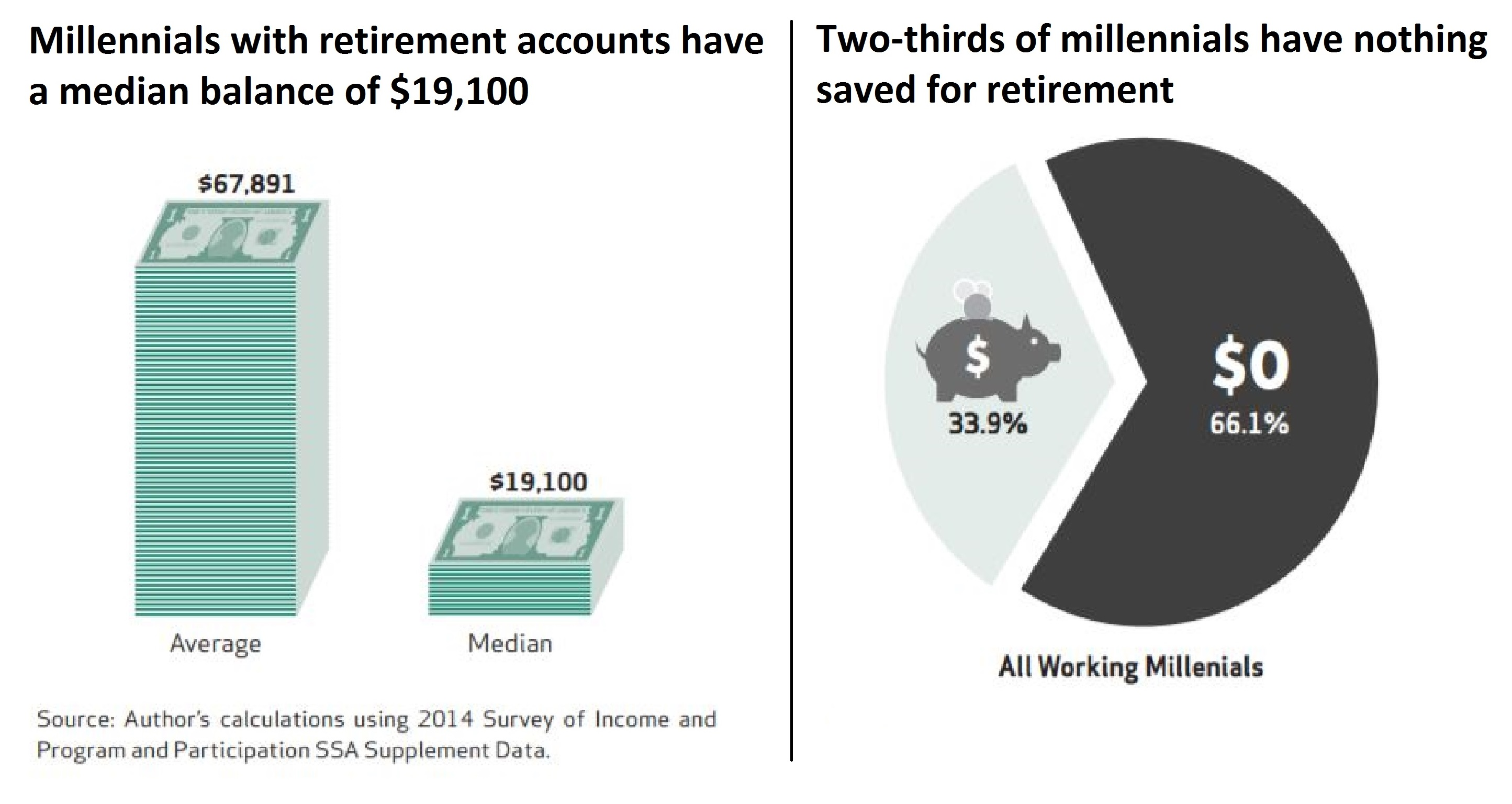 Bottom line, if you’re hoping to retire early, it’s best to start aggressively saving for retirement at an early age. Start by doubling down on your contribution level to a 401(k) or IRA and automating your deposits. The average millennial is contributing about 7.5 percent of their income, according to Fidelity. But that’s way below the suggested rate of 15 percent.

Consistency and automation help with this. Also recognize that retiring early does take some extra effort, which can include doing things like tracking spending, living in a cheaper home and even dining in more often, according to those who have achieved early retirement.

That said, building these habits when you’re young will have the biggest impact to your future financial security.