Life expectancy is one of the key variables in retirement planning. I’ve written a few times about longevity risk, and how it’s important to factor this in to plans. But perhaps it’s not as big a risk for Americans as it is for people in other developed countries…

A recent analysis by the Society of Actuaries shows that Americans are expected to have shorter lives compared with citizens in other developed countries. The analysis ranks 14 developed nations in terms of projected period life expectancy of people at age 65, and the U.S. ranks last for females and second to the last for males (see charts below).

The blue bar calculates the remaining years of life for a 65 year-old assuming that death rates in 2010 remain constant in all future years (i.e., no future improvements in mortality).

These life expectancies are calculated by the actuaries who assess each country’s social security or government pension system. Each actuary may have differing views of optimism regarding future improvements in mortality, which is reflected in the projections for 2015, 2020 and 2030. 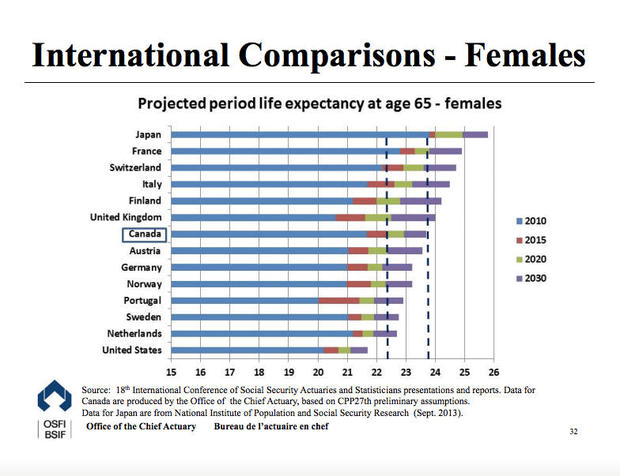 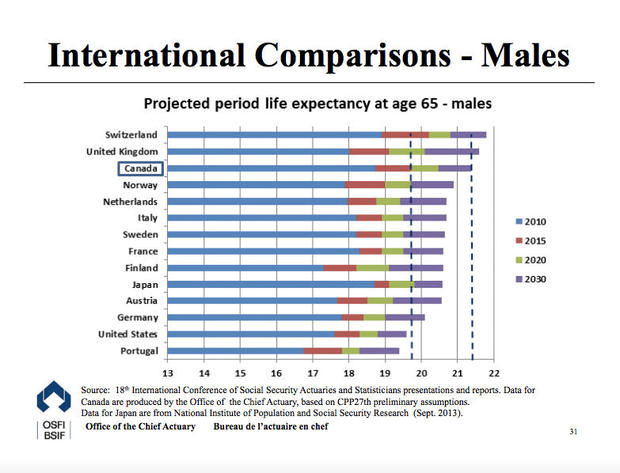 According to the experts, Americans’ poor ranking could be attributed to the following:

Given these reasons, it seems unlikely that the U.S. will catch up to the other developed nations any time soon. By this quality of life measure, the U.S. is truly exceptional — but not for the right reasons.