Location is not just the answer when it comes to the top 3 things to consider when buying real estate. When it comes to retirement it also has an impact on your spending.

In a recent report released by the Employee Benefit Research Institute, median spending by different areas of the country was calculated for ages 50 and over. Age ranges were broken down into 4 sub-groups (50-64, 65-74, 75-84, 85+). Below are median total expenditures for the 9 different divisions the EBRI broke the country into. Not surprisingly, both the West and East Coasts have some of the highest spending in all age groups studied. 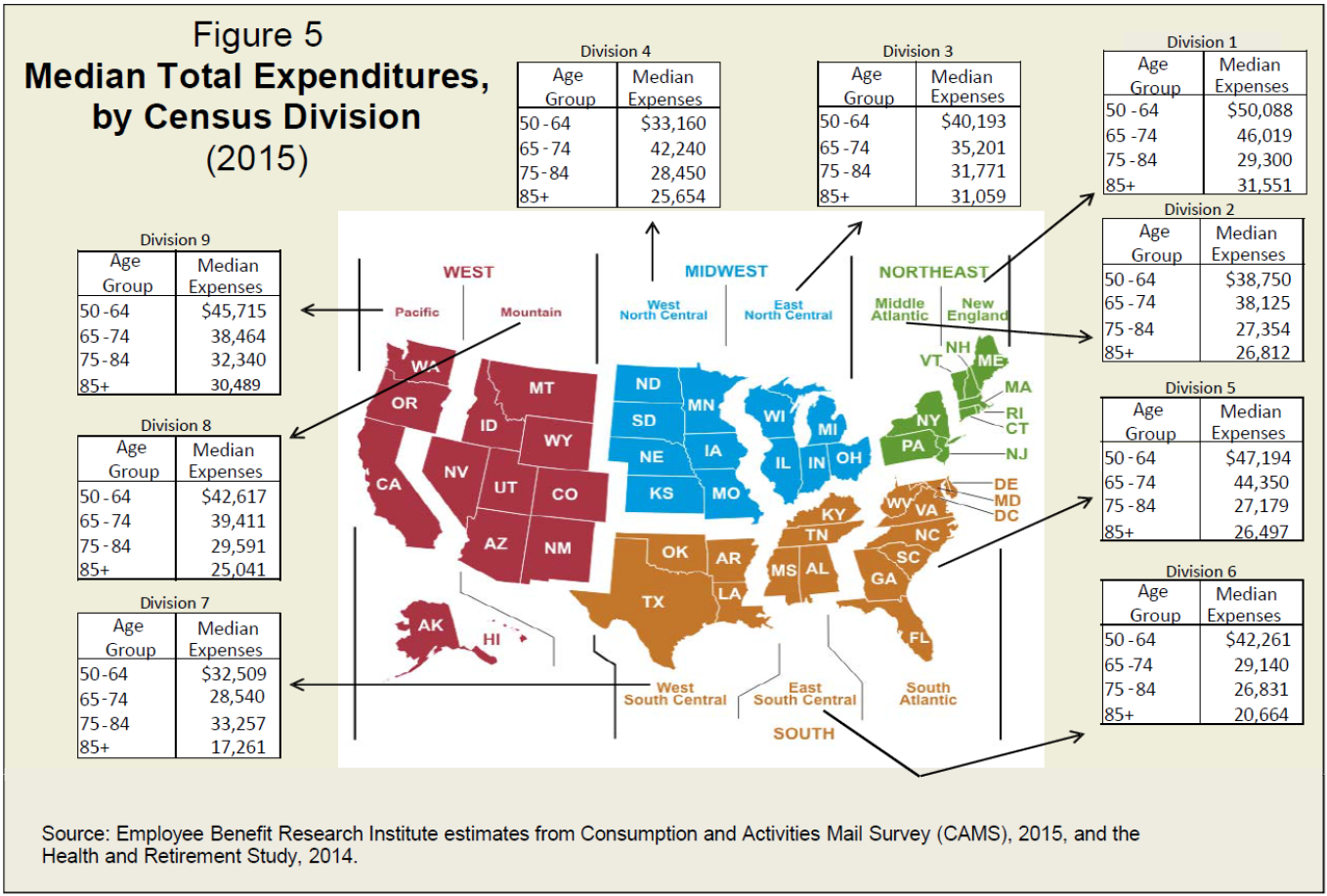 Here are some other highlights from the study (full report can be found here):

What can we conclude from this? Household expenses can vary a lot for older Americans. Part of it is definitely driven by variation in spending habits, income, wealth, etc. But the geographic location of a household can also have a significant effect on its spending, through variation in housing expenses, taxes, and general cost of living.

The interesting thing about this study is that it looked at older household spending on three levels: The nation as a whole, then further granulated into 4 large regional sections (West, Midwest, Northeast and South), and finally parsing out the regions into the 9 divisions shown above.

The results show that large differences in spending levels exist especially when the smaller geographic units of census divisions are considered. This indicates that individual state-level variations might be even larger, and worth taking into account if you are contemplating a move in retirement. Retirees are more likely to find regional or local benchmarks that would more closely reflect their personal situation more useful in the decision-making process.