How long you expect to live is one of the key variables in retirement planning. In fact, the fear of living longer than anticipated has caused an increased interest among retirees in longevity insurance in the form of immediate annuities. Which is why I found data recently released from the Centers for Disease Control and Prevention on American life expectancy a little counter-intuitive.

Now I realize that one data point does not a trend make, but according to the CDC, for the first time in over 2 decades, average life expectancy has taken a downturn. The decrease was tiny, only 0.1 years (from 78.9 to 78.8). Zooming out to the big picture, Americans have clearly been living longer over time. And the chart below reveals that life expectancy doesn’t increase in a straight line — there are sometimes plateaus and even dips. But even small decreases in mortality — at a relatively peaceful time when we know more about public health and medicine than ever before — are worrisome. 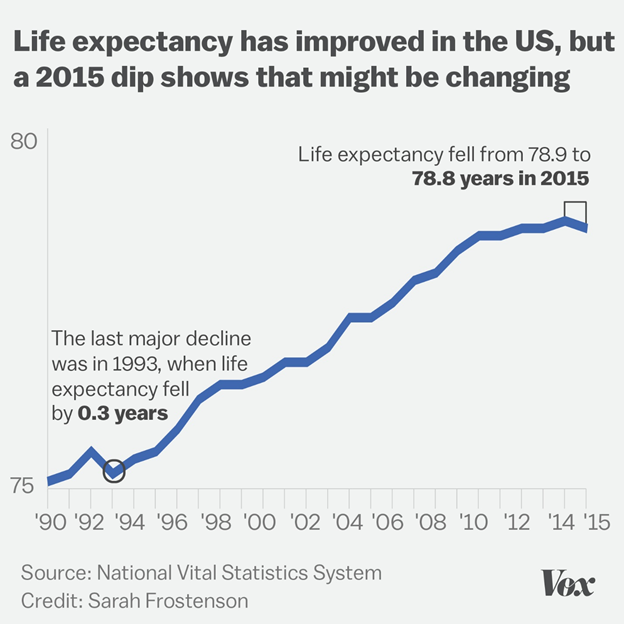 Given the long-term trend is still up, I continue to believe it is prudent to plan well beyond the age of 80 when it comes to retirement. But still, food for thought.

For more on this topic, take a listen to following segment from NPR.org: