Social Security recipients will soon receive the largest increase in their monthly benefits that they’ve seen in seven years.

The U.S. Social Security Administration announced Thursday that beneficiaries will receive a 2.8 percent cost-of-living adjustment, or COLA, next year.

The 2.8 percent increase for 2018 is the largest since 2012, when beneficiaries received a 3.6 percent bump. The COLAs for the past decade were: 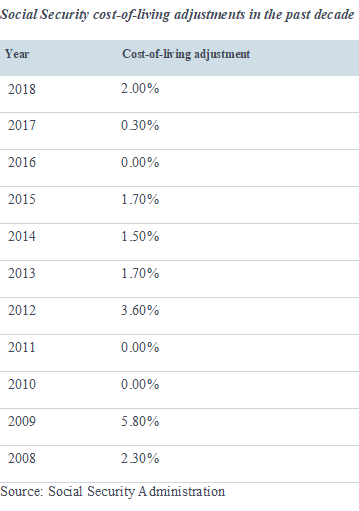 The Medicare Part B premiums for next year have not been announced yet. Estimates peg those premiums at $135.50 in 2019 for those with incomes below $85,000.