Ten years ago, Lehman Brothers filed for Chapter 11 bankruptcy, an event commonly regarded as the straw that broke the camel’s back, sending equity markets and ultimately the economy into a tailspin that resulted in the deepest recession since the Great Depression.

Now, household income is at record highs, wage growth is the fastest in a decade, and average 401(k) and IRA account balances top six figures for the first time on record.

But are Americans better prepared for retirement today than they were at the front of the Great Recession?

That’s the question The Transamerica Center for Retirement Studies, a nonprofit funded by Transamerica Life Insurance Company, set out to answer in a recent paper comparing its data from 2007 to 2017.

The answer? By many real measurements, Americans are better positioned for retirement today. But “better” comes with asterisks. 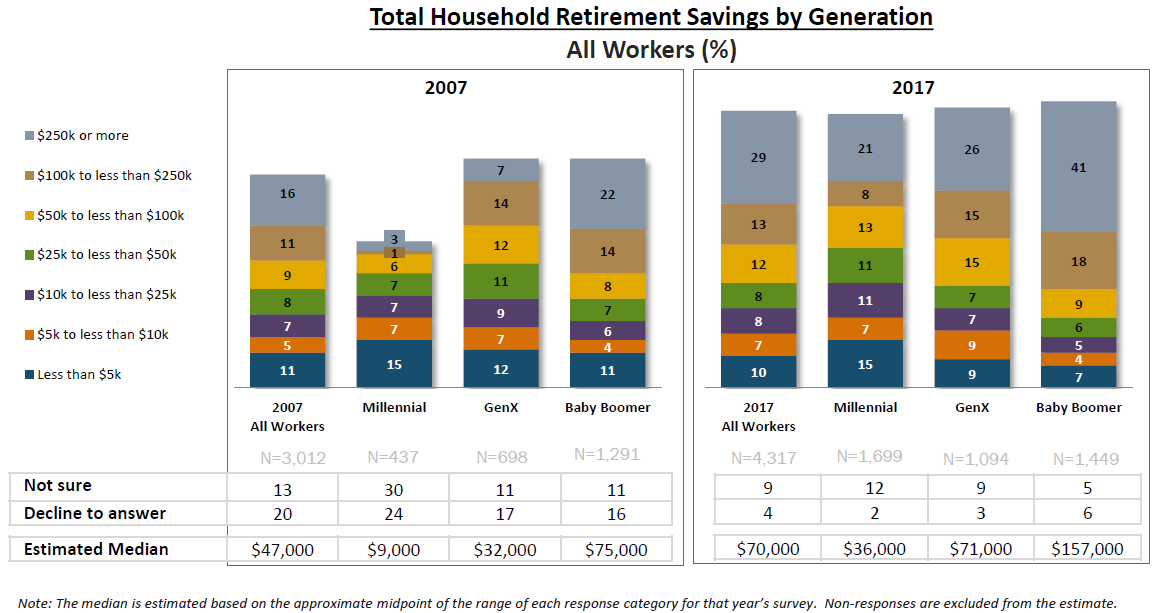 While the gains are great to see, TCRS’s analysis acknowledges that workers are “not saving enough to fully fund their retirement income needs.”

Perhaps more disconcerting is what people estimate their needs are, and how they arrive at those estimates.

In 2007, the median estimate of what savers felt they needed to fruitfully survive retirement was $650,000. By 2017, the number had dropped to $500,000! But honestly most workers still have no idea of the appropriate amount of savings needed for retirement, as proven by their response to how they arrived at their estimates.

Before the recession, about half of workers said they guessed at their estimations. Another 22 percent based their retirement needs on current living expenses, and just 10 percent used a retirement calculator to arrive at their number.

Despite the broad initiatives from service providers, employers, and efforts by regulators and lawmakers over the last decade, those numbers remained largely unchanged in 2017. 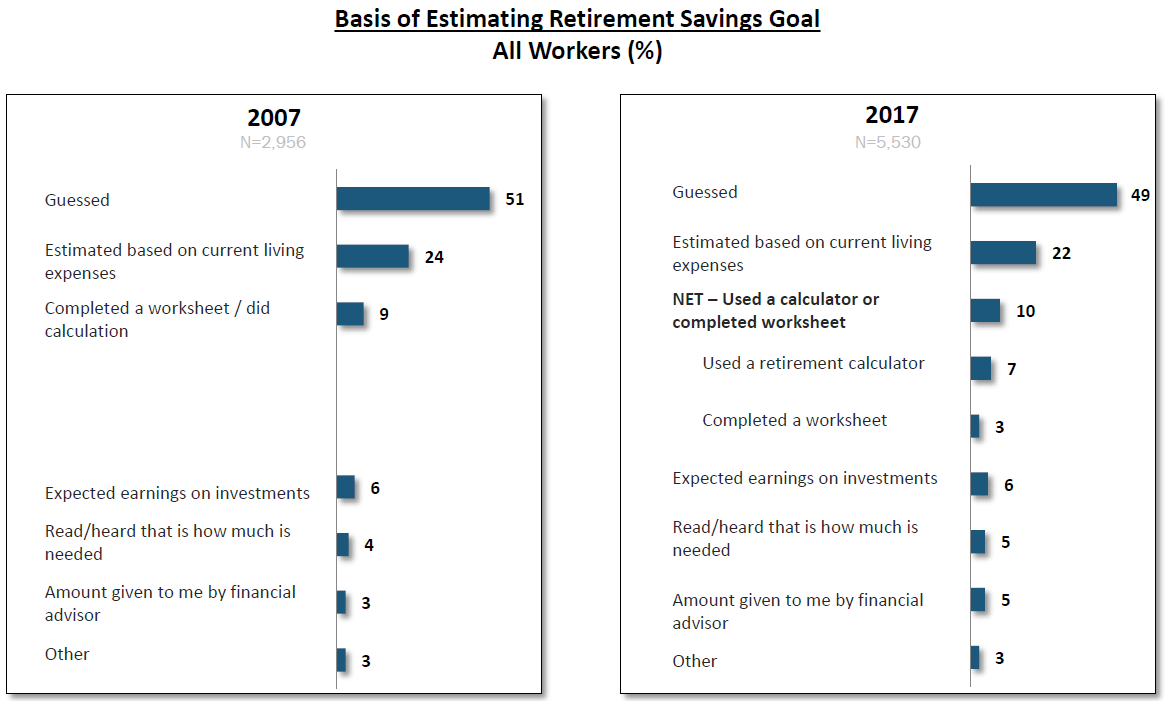 Bottom line, while increased savings balances have placed Americans in a “better” position for retirement than a decade ago, there is still a lot of room for improvement. In particular, more workers need to stop “guessing” and start calculating retirement savings needs, developing a retirement plan, and writing it down. This includes factoring in living expenses, healthcare, long-term care needs, and government benefits –as well as funds for pursuing retirement dreams such as travel, time with family, and hobbies. And if you’re not sure where to start, don’t be afraid to seek assistance from a professional financial adviser, if needed.