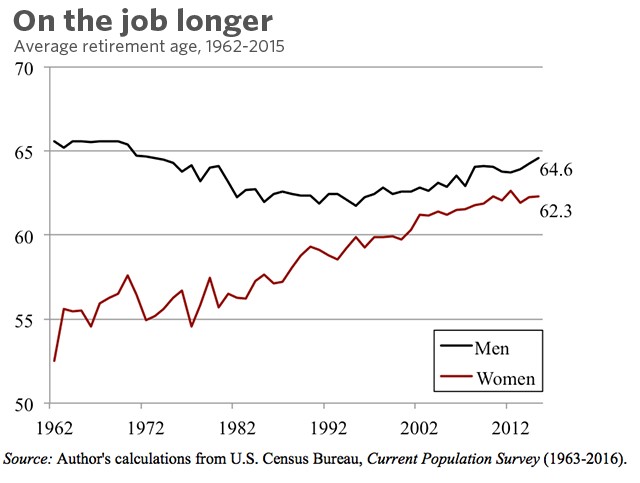 According to the study (and logically) the trend in women’s average retirement age reflects both their increasing labor force participation over time and the factors that affect retirement behavior.

So what are these “factors” that helped sustain the uptrend in average retirement age for women and caused a reversal in trend for men? Here are several identified by the study authors: